Holy Week During a Pandemic, and the "Not Good Things"

Most of us have never experienced anything like this coronavirus pandemic. We may not be sick, or even feel the threat of becoming ill. Still, we've been thrown (catapulted, really) into a time of new terminology and social action, all in order to protect ourselves and those with whom we may come into contact.

Online church services have become a desperately-needed outlet for community, especially as so many are isolated at home. I'm not sure I would call this a revival, but this pandemic is certainly allowing us an introspective look at our human need for both spiritual and community connectedness. And that's a good thing.

We like to find those "good things," those silver-linings, during this pandemic. Hope, in whatever form it comes, gives us an ability to endure. And yet, as we enter into Holy Week, perhaps we also need to sit with the "not good things." Like suffering ... illness ... and death. For Christians, there is always a balance to be found between the cross and the empty tomb. We have to live with death while also remembering its defeat. And now, as many states approach their COVID-19 peak, we mustn't rush too quickly past the thought, and news, of death.

In this Holy Week, and in this peak time of our national coronavirus pandemic, let us simply sit and endure the horrifying news that confronts us on the television and Internet. Because it's the same horrifying news that we often want to brush past even in approaching our Lord and Savior. To make my point, observe any annual Good Friday service attendance, compared with Easter Sunday attendance. Across states, across denominations ... we just don't like to sit with death. This Holy Week, may we sit with the "not good things" and not bypass them, for it's there that Jesus hangs and dies. It's there that, somehow, salvation waits.
Posted by Scott Nellis 1 comment: 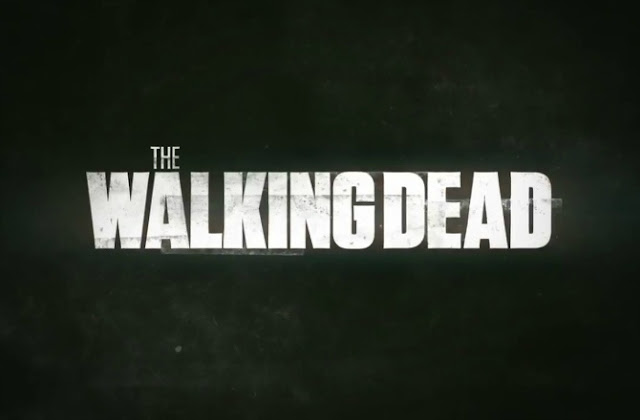 AMC's controversial television show, The Walking Dead (based on the popular graphic novel), is a series worth discussing, especially within the Christian community. Sadly, this show has largely been ignored or dismissed by Christians, perhaps due to its graphic violence and mature content. In much the same way as Mel Gibson's The Passion of the Christ, many people cannot bring themselves to watch The Walking Dead. But like The Passion, The Walking Dead (TWD) has important theological ideas to share, even as those ideas are enveloped in graphic brutality.

To the outside observer, TWD is just a show about zombies. But to even the most fledgling fan, it's a show about humanity. The zombies, or "walkers," simply provide a disastrous backdrop for a more important topic: the inner soul of humanity. TWD is meant to prod deep questions about human beings, such as what it is that makes people truly 'human,' how violence affects humanity, what it means to stay united in a world without law, and more. The zombies are only a vehicle to this end ... they are the apocalyptic impetus that forces humanity to examine its inmost being. In a world of utter survival, the protagonists (and antagonists) must decide what they must do to stay alive, and how (or if) to stay human in that process.

There are many themes throughout TWD that have deep, theological implications. While this blog is not meant to be exhaustive in any way, its purpose is to point to several important theological themes that have run throughout the series.

WHAT IT MEANS TO BE HUMAN
TWD has, from its first episode, wrestled with the question of what it means to be human. In a world overrun by 'the walking dead,' those who have remained alive must fight for survival. Safety is never guaranteed and trust is at a premium. Finding more people to partner with means survival, but always close at hand are the issues of power and corruption. Who makes decisions for the whole? Who can be trusted? If someone is a threat, are they to be killed or sent away to survive alone? As the series continues, the main protagonists (led by police officer Rick Grimes) find that survival means letting others into their group ... allowing trust to develop ... and fighting together to stay alive.

VIOLENCE AFFECTS HUMANITY IN NEGATIVE WAYS
At times, TWD is a brutal show to watch. Zombies are killed in very graphic ways, as well as other living humans who pose a threat to the group's survival. But it's in these pull-no-punches visuals that the viewer can see humanity for what it really is: sinful. The show, as stated before, is meant to examine the inner soul of humanity. That soul, as in real life, is broken and scarred. When pushed to the edges of our common limits, humanity will react in very inhuman ways. This reality prompts the metaphoric use of the show's title: The Walking Dead. Are the zombies the "walking dead" ... or are those still alive the real "walking dead"? Robbed of what makes them human, the answer is that those still alive are the true walking dead.
The violence seen in TWD, though graphic, is also redemptive. Main characters such as Carol Peletier and Morgan Jones have displayed how killing both dead and living takes its toll, and makes a person less than human. Their hell is to live with the fact that they've had to kill to stay alive. They want a different reality, but are unable to find one. Their task now is to make the most humane choices possible in a very violent world. The violence on TWD is typically not glorified, but rather is meant to examine the harsh effects of living in a world of chaos and brokenness.

WE ARE BETTER TOGETHER
Another vital theme running throughout TWD is that others make a group stronger. Early into the show, Rick, Glenn, Daryl, and the rest were resistant to let anyone else join their small group. They had finally found trust and didn't want to compromise it. However, as the group fled to an abandoned prison in season three, they found that they needed more people to help them in their quest for survival. Adversaries began to arise, and to remain closed off to outsiders was no longer an option. In our world, as in TWD, many live in suspicion of 'the other,' whether that other is a person of a different creed, race, or ethnicity. In TWD, those suspicions are amplified to highlight how truly fear-filled humanity can be. In the end, the group is better—and stronger—when they are united together.

PEACE IS THE WAY TO SURVIVAL
(Spoiler alert) In its eight season, main character Carl Grimes dies of a zombie bite. While this kind of infection has wiped out many characters before him, Carl's death occurred because he was out in the woods attempting to help a stranger. Carl became a metaphor for the best that humanity could still be, even in an apocalyptic wasteland. Just before his death, Carl leaves notes to his father and friends, even to main antagonist Negan. These notes reveal a timeless truth: that peace is the only way forward for humanity to truly live. In essence, TWD is making the profound point that violence doesn't have to be the way humanity survives (in an apocalyptic world or in our own). It's only the chosen method, because too many have abused power and influence. As season eight closes, it's clear the deeper message is that forgiveness and peace will be the only way forward if the world is to be fair and just. Only those left alive can make the decision to choose that future.


If you haven't watched TWD before, it may or may not be your cup of tea. If you're not a fan of graphic horror films, then it's probably not for you. But just because a show can be easily dismissed doesn't mean it's void of meaningful value. For all of its violence and brutality, TWD will surely be documented as one of the great morality plays of our time, giving us much to ponder about our own broken reality.
Posted by Scott Nellis No comments:

What Happened to Sunday?

So what happened to Sunday?

As a Lutheran pastor, I often find myself in conversations revolving around this question. In essence, the question being asked is why there is a void of younger people in church on Sundays.

There's not an easy answer to this question, because young people are in churches on Sundays, though not often in the same kinds of churches as those asking this question.

A deeper, related question is this: Why are churches that have existed for more than 100 years closing their doors now (in the 2000s and 2010s)? This is the question I am wrestling with most these days.

Let me share a few observations I've come to conclude about this complex issue:


I have heard and read about many mainline Protestant churches that are now closing their doors, due to a lack of persons and resources to keep their ministries going. This is often very sad. It is always hard when an institution, which has done so much good for a community, ceases to be. But behind the laments are the lingering questions of why. "Why did we have to close?" "What did we do wrong?"

The purpose of this blog is to provide some answer to those "why" questions. There are a myriad of reasons as to why a particular congregation closes, but typically these churches didn't do anything wrong. They just found themselves in the middle of a changing culture and were unable to adapt ... because adapting would have meant losing the very essence of who they were.

Is there any hope left for smaller, mainline Protestant churches?

I'm certain there is hope ... but the factors above need to be thoroughly discussed, too. Changes may need to be made. And finding a new normal, in terms of demographics and attendance expectations, will be necessary. But there is still hope—a house of worship is always a place of hope.

Between Doubt And Faith

Scott Nellis
Faith can be confusing and messy, and sometimes that's exactly where we find God. This blog looks for God in the mess and brokenness of life...and it finds God somewhere between doubt and faith. // I'm an ordained Lutheran pastor in Columbus, Ohio. I hope this blog encourages you as you wrestle and stumble your way through faith.